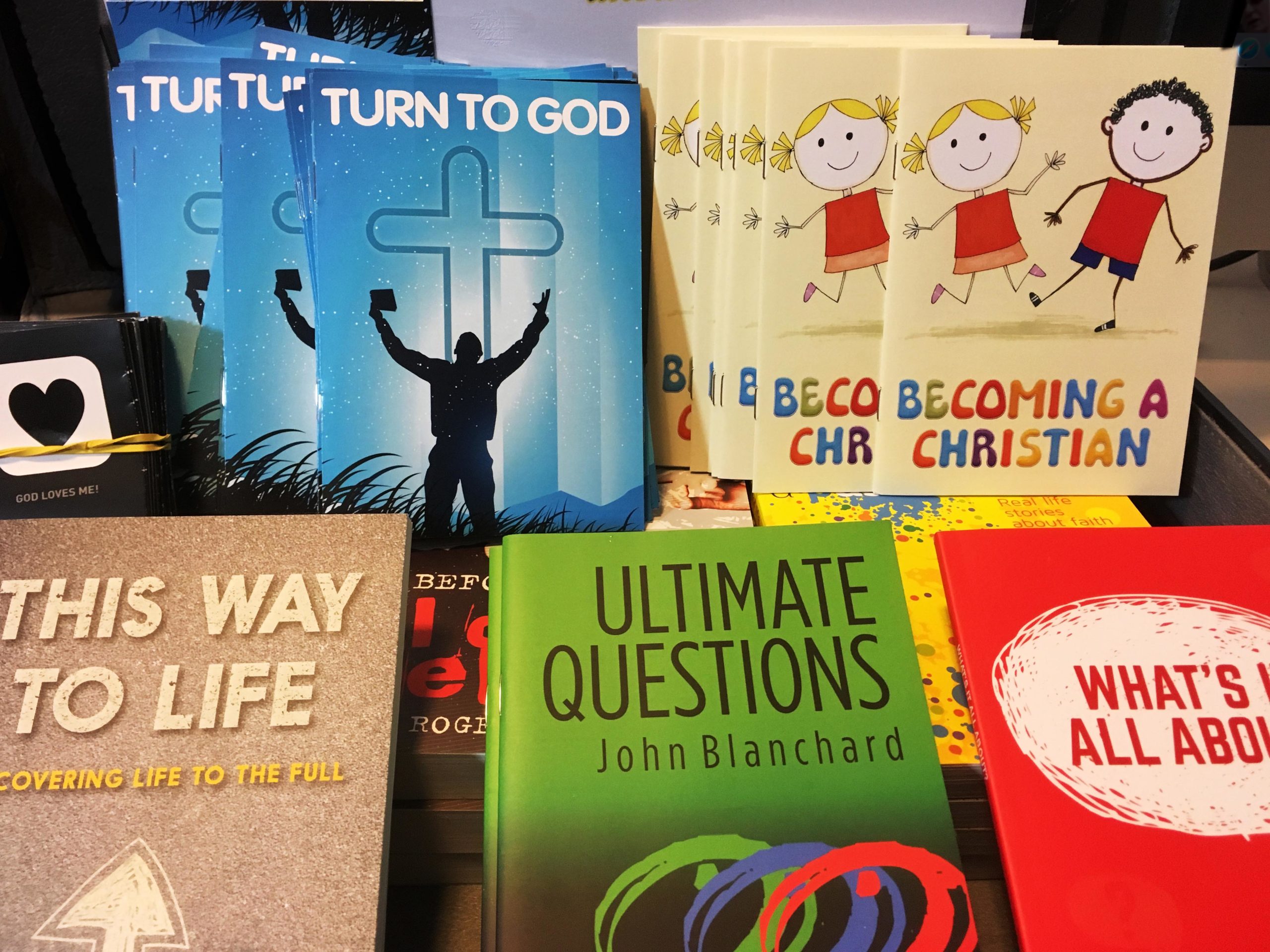 This is a question I am often asked both directly and indirectly. My answer is yes! I’ll share a couple of recent success stories at the end of this article.

Christian literature was influential in my own conversion so it is something I have always been positive about. Of course the success of using tracts does depend on what, where and how you are using them. As a new Christian I would often stick them under car windscreen wipers in car parks. I’ve also been known to unwind the toilet roll in public toilets and wind a tract back into it! I wouldn’t advocate either method now and recognize that both can be really irritating for the recipient!

The quality of the literature matters too. Some leaflets look as if they’ve been printed on poor quality paper and the design is so outdated that it’s hard to imagine anyone reading them in the 21st century.

Another deciding factor is the language used. If I’m hoping non-Christians will read the leaflet. I must be sure that the language is accessible to everyone. Christian jargon and endless Bible quotes ensure most people won’t read past the first paragraph.

Similarly too much text crammed onto the page with little ‘white space’ puts most people off. If I’m sitting at a table on a crowded train, I’ll often drop a leaflet on the table and just ignore it. Often someone will sit opposite and pick it up and start reading. What I’m watching for is whether they read it through to the end. Better still is when they are with a friend as I get to hear their reaction as well.

So which Christian literature do I use?

I use different leaflets for different purposes and most often write my own. My first type of tract is one designed to give to someone with whom I’ve had a good meaningful conversation. This will have quite a lot of gospel content that is sufficient for them to go away and make a decision to follow God.

The second type of tract is designed to give away widely. This will often pick up common points of interest and point to a ‘better way.’ The hope is that the person reading it will pause and think about their life in a meaningful way.

The next type I commonly use is one that carries something of my life story. I use one called “Broken” that takes my being hit by a car as a starting point. The crux of the message is the reminder that our lives can be changed or end in a split second. How should we live in light of that?

The final category of leaflet is one that addresses a specific topic. This could be aimed at those dealing with depression, the loss of a loved one etc. Different but in the same category are tracts dealing with apologetics. I don’t always know what to say to people who are asking very challenging questions, so I like to be able to give them something they might find interesting and useful.

I usually carry a small folder in my bag, which has just a few copies of 4 or 5 different titles. This is my basic ‘toolbox’ and goes most places with me. When I’m out preaching on the streets I carry a box with the same titles but in larger quantities. If there are others to help carry resources I take a briefcase with an assortment of books to offer people who are interested in reading more about the Christian faith.

I promised at the beginning that I would share some literature evangelism success stories. The most recent story goes back just a couple of weeks. An OAC team was preaching on the street in Barnsley. A group of three young men stopped to listen and each took a “Turn to God” tract away after chatting with team members. One week later one of the young men returned and told the team he’d been challenged by their words, had read the leaflet, and prayed to give his life to the Lord.

This summer I gave away copies of “Becoming a Christian” to all the children in my sessions at the Edge Fest in Taunton. The following day one of the parents stopped me to say that her child’s cousin had read the booklet and asked to become a Christian.

Also earlier in the summer a lady stopped to chat after one of our street preaches in Truro and told us that she wanted to encourage us with her own story. Many years earlier she had been having drug-related problems and was effectively living on the streets. Someone gave her a tract entitled “I am the Light of the World’. As a result of this she became a Christian. The ‘icing on the cake’ for me was the fact that she then went on to lead others to the Lord, including a good friend of mine.

So, does literature evangelism still work? Yes it does!

Checklist for choosing literature for evangelism 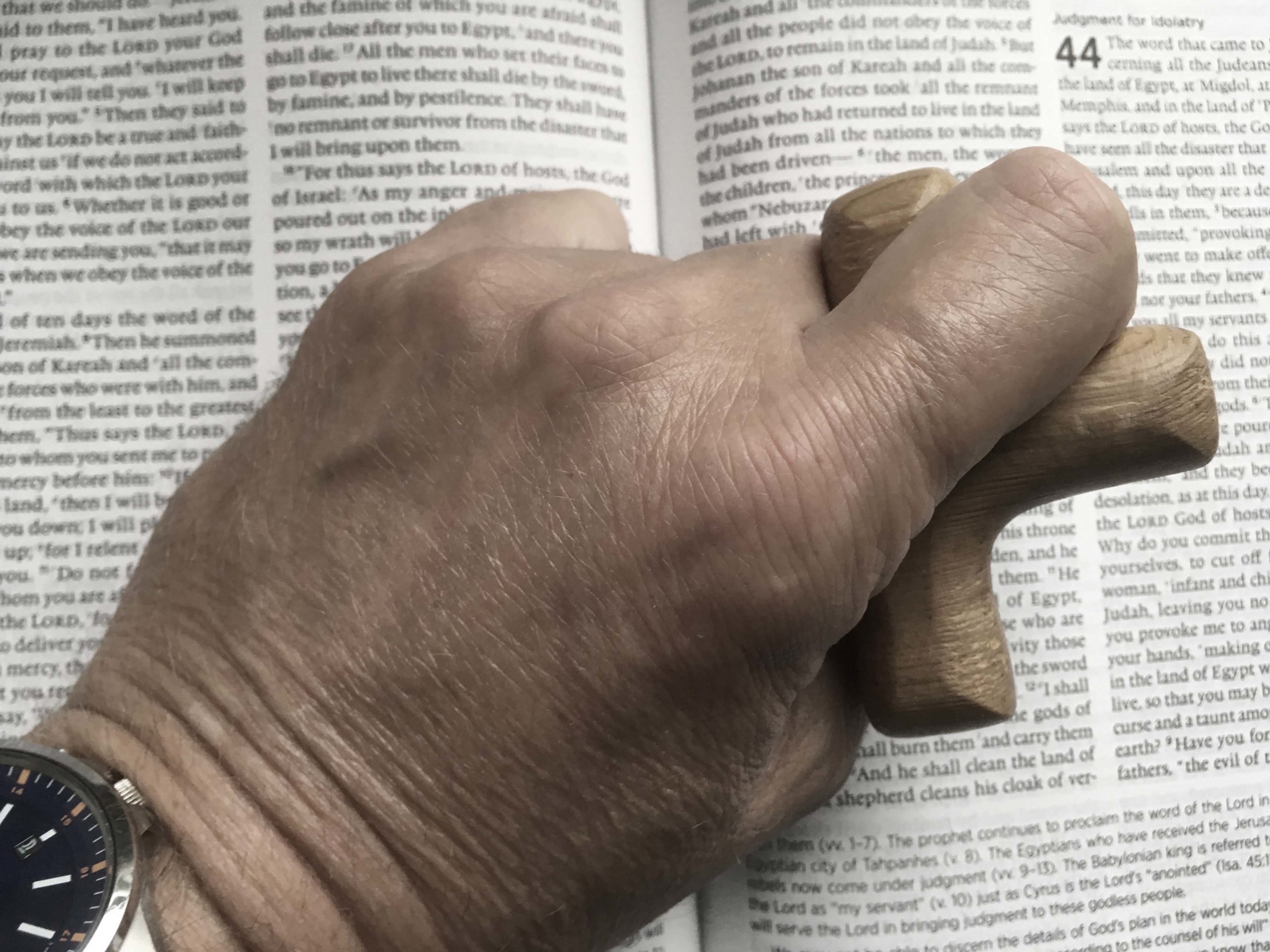