The Law and Street Preaching 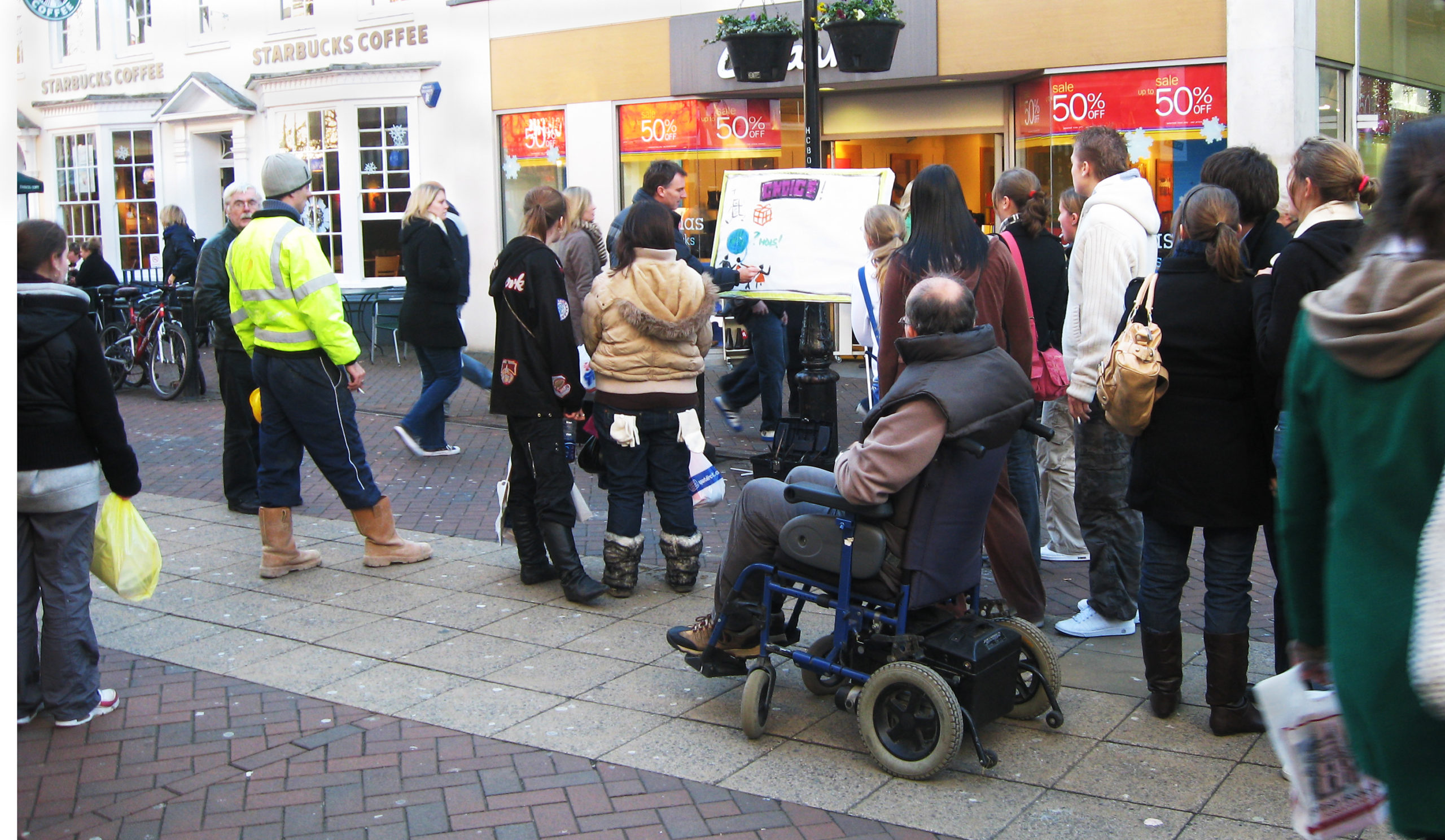 The Law and Street Preaching

Premier Christian Radio interviewed Marten Holmes, OAC National Director, this morning about the law and street preaching following a video appearing on social media showing a street preacher being challenged by the local police. OAC’s opinion was sought as they have been preaching on the streets of Britain for almost 50 years. In the video clip the unidentified preacher is challenged by a couple of street people in relation to things he’d said earlier and the police then move in to ask him to stop preaching. The preacher asked the police which law he’d broken and, when they were unable to give an adequate answer,  he continued to preach. The preacher was respectful yet firm and stated his case  in the knowledge of his legal rights.

The above photograph shows OAC evangelist Dave Workman using the sketchboard to engage with a crowd on the streets.

Leaving aside the issue of style, what are our rights as Christians and what can we do or say in terms of sharing our faith?

The law offers considerable strength and protection to speak freely about Jesus and related topics affecting freedom of conscience and belief. This protection is found in the Public Order Act 1986 and the European Convention of Human Rights (ECHR). Articles 9 and 10 of the ECHR are the relevant sources if you want to read them.  However the Evangelical Alliance produce an excellent booklet entitled “Speak Up” which is a brief guide to the law and your Gospel freedoms.  It covers what you can say in church, in your own home, the home of someone else, at work, in public, in written form and on social media.

In general you have a legal right to share the Gospel on the streets, to read or quote the Bible and to engage in discussion provided you are not causing a riot, inciting hatred, causing an obstruction, trespassing or making too much noise. You cannot legally be silenced simply because someone listening is offended or upset. However, if you do have a hostile reception, it would be wise to consider how effective your message and style is at that moment and in that place.

Here’s a few tips for sharing the Gospel out on the street:-

“Be winsome to win some”

People rarely, if ever, become Christians because they were argued into the Kingdom. Most people are won over by love and grace. Nobody likes being shouted at and told they are sinners destined for hell, but it is possible to point out those same facts to people with love and grace and get them to agree too. Here’s a quote from “Speak Up”:

“Remember, most of Jesus’ hard words were reserved for the hypocritical religious hierarchy. To the crowds of non-believers Jesus met, his approach was intriguing, questioning, compassionate and patient. In trying to reach people for Jesus through public ministry we will want to seek to be winsome and loving.”

If you would like to know more about the law and street preaching, we run courses each year training people in different methods of street preaching. The “Streetwise” course covers attracting a crowd, presenting the Gospel, making an appeal, working as a team, dealing with hecklers, how to choose a site and covers the law and street preaching. For more details about the next “Streetwise” course click HERE. You could also join one of our evangelists for a day to see them in action – enquire via the contact form HERE.